From France to Canada 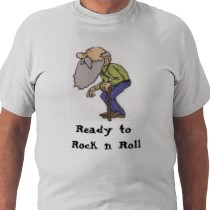 Guillaume Pellerin from the Avranche diocese of France came to Gaspe when he was 15 on Mister Gouenard's ship ,he was given this referral by brother Bonaventure:
"In Quebec on Oct 23 1770 I certify that the man Guillaume Pellerin from the Val St Pere sous Avranche Parish in the Avranche archdiocese,came to the Baie of Chaleur as a "trente six mois" at a young age and 6 months after his arrival moved in with me at Miramichi for 17 years.I saw and knew several others whom he came from France with,who assured me he was a free man and I can assure you that he is free to marry. Now what does "trente six mois" mean?
It is a nickname for a young and inexperienced tradesman from France who would normally contract out his service for a period of 3 years after being assured of passage and board at the expense of the one who recruited him.His 3 years of experience in New France was often considered equal to 6 years experience in his trade and qualified him as a Master at\ his trade.He could then return to France and start his own business if he wanted to. His travel time to France was also part of his 3 years (36 months) term.Many of these men preferred to return to France rather than to subject themselves to the colony's many hardships and this was one of the problems encountered when the colony wanted new settlers. source Searching through the old records of New France.
I hope you enjoyed this little tidbit,.
Now the photo has nothing to do with the story, I wanted to show it to you, because I sort of like it and if you like humor , I have lots more tee shirts at http://www.zazzle.com/allicor*   or also at http://allicorshop.acadian-roots.com/
Have a great day
Aline
Posted by alineskee at 6:49 AM