Have you heard of John Gyles?

John Gyles was a little English ten year old boy captured by the Indians when they raided New England Settlements and took prisoners. He spent nine years as a prisoner of the Indians and later with a French Family. The following was taken from a book which he later wrote about his capture and deals with his life with the Indians. He goes on to write the following story about himself and his life.

“My father , Thomas Gyles, came out from England to this new land and settled on the Kennebec River (Maine) at a place called Merrymeeting Bay where he lived for some years .Then my grandparents died and Father took his family and went home to England to settle his affairs. When they were settled ,we came back to New England, but since the Indians were attacking the settlements in Maine ,Father began a settlement on Long Island. But the air did not agree with him, so as the Indians had become more peaceful, we went north to Merrymeeting Bay. When we arrived there ,we found the place deserted and that settlements were being made in Pammaquid in the province of New York (part of Maine) so we settled there and later Father became the chief justice. It was August 2 1689, my Father with some labourers, my two elder brothers and I went early in the morning to gather in the harvest from one of his farms. I was ten ,James was fourteen and Thomas was sixteen. We worked hard till noon. After dinner our people went back to work, some to the hay fields ,some to the corn fields. My Father ,James and I tarried near the farmhouse where we had dined ,until about one o’clock at which time we heard the report of several guns from the fort.

Father said he hoped it was a signal of good news; but to our great surprise, at that moment about thirty or forty Indians appeared behind a rising ground near our barn and discharged a volley of shots at us. 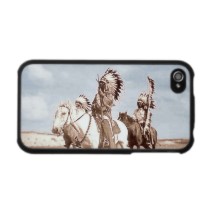 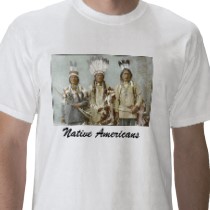 Posted by alineskee at 3:07 PM